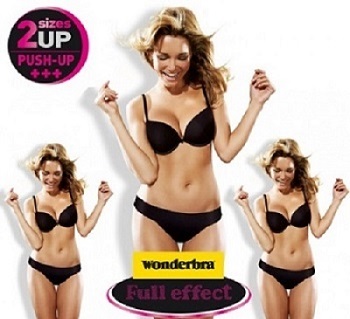 The new wonderbra model, considerable media coverage, will become the darling of necklines 2011.

In recent days, the dual effect of Wonderbra invaded the web, this new model that will afford you to win two sizes larger, had a launch effect as pushed as its effect.

Paulinefashion blog bloggers, Emilie the brunette, Marie luv pink et Besnob were blogs ambassadors of Wonderbra during the day and evening. They hade the possibility to participate in a day dream with their readers, they were pampered, lavished and had a right for instant beauty enhancement.

The videos are available online on youtube and blogs.

There was organized a giant karaoke, accompanied by escort wonderbra and surprise guests.

The bra has become a “luxury” product with a glamorous launch, champagne, glitter and VIP invitations. All the elements were jointed to have double effect and wonderbra make the buzz on the web and that all women want to test its effectiveness.

After this event, Wonderbra buzz continues via contest blogs to win the “full effect”.

It is animated in order to collect fans and to keep them informed of the outcome events, and to relay contest links. For today it counts 2,700 fans.

The site is adopted in French and soon it will be in Italian.