The news of the week, special Cannes Festival

While en3mots is preparing to spend 10 days on the famous Croisette in Cannes, some small points on the great moments of marketing are expected for this 67th edition of the Cannes Festival. If the luxurious event remains the sesame to draw attention to the red carpet, digital is omnipresent…

“Welcome to New York” or the Buzz playing the anti-cannes … in Cannes
Being apart from the competition, the film by Abel Ferrara with Gérard Depardieu who falls back on the DSK case rapidly comes back to the Web. Welcome to New York will make a noise in Cannes and worldwide, as it is released on May 17, 2014, in the middle of the festival, directly on the Web. A nice buzz created by the owner of the Wild Bunch, Vincent Maraval allowing the deviation from the “elitism of Cannes” that is already running at full speed.

The MILLION Dream, Paco Rabanne puts a glamorous weekend contest
To promote its line of perfumes Lady Million / One Million, Paco Rabanne has joined melty group to organize a photo contest online. What is the mechanics? Take a picture of an object or a glamorous place that makes dreaming. The lucky winner will get a long weekend in a 4 star hotel on the Croisette, an access to the thousand and one night parties and the right to share his experience with the hashtag # intensementcannes. Traditionally but effectively! 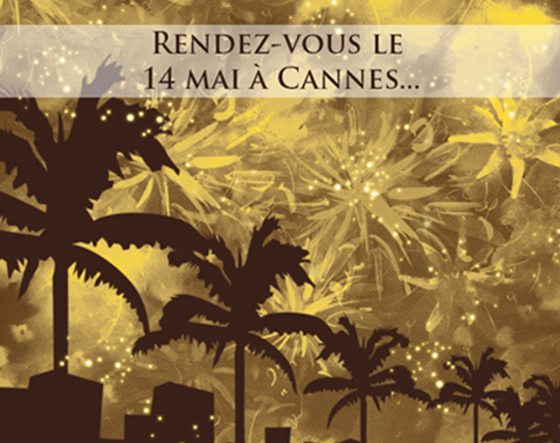 Magnum celebrates its 25th anniversary with great fanfare
25 years and not a single wrinkle, an ice stick covered with chocolate the leader of French market will celebrate the event as appropriate on the 67th Cannes Film Festival. For the occasion Unilever foresees a special set of ice-cream, champagne topping, as well as the opening of several “Magnum cafes” worldwide. But as all muses of the brand are actors and Magnum has a strong affinity with the seventh art, this is in in Cannes that the birthday party takes place: the Magnum beach opening will be marked by Kylie Minogue concert. With regard to digital issue, the brand is not an exception, as it held an upstream contest via facebook upstream, the winners will attend the concert dressed by designer Liza Korn. Finally, on the Magnum beach, similarly to the last year, the “Make my Magnum Bar” will enable to create own ice-cream and send the photo or gif on social networks.