The fight against AIDS, viral inspirations 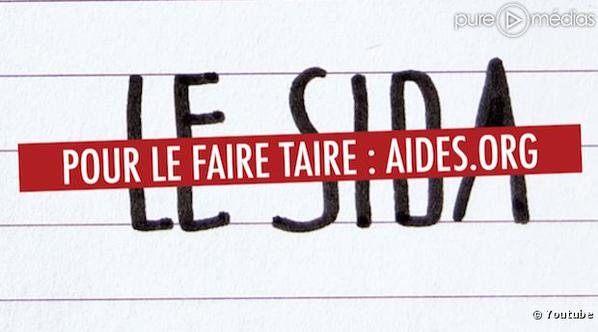 Several days of Solidays (June 26-28) this year brought together different bands such as The Do, Paul Kalkbrenner, IAM, Caribou, Lily Wood and Yelle to contribute to fight against AIDS and boost donations for researching. AIDS makes buzz. Here are some observations on digital side of some very viral campaigns…
Aides and Gaspard Proust make AIDS speaking
Nowadays when 6000 people are infected each year in France, Aides recourses to web to make AIDS speaking. Under the title “Je suis là” (“I’m here”) and with the voice of Gaspard Proust, the video with 300,000 of views made AIDS speak with the voice of Gaspard Proust to remind to the public that the disease still exists. And that all of us should remember of prevention. In this video, Aides has added other Internet tools, including Twitter account being soberly entitled “ Le Sida” that hourly posts making buzz in general press. For the anti-aids association, the virility of disease should be opposed by the virility of information about the disease through various social networks

Hairsextra, involving of a community in fight against the disease
Fighting against trivialization of disease and boosting information and prevention, it was the call of the campaign #hairsextra of last November (World Aids Day 2014).
The agency Grenade & Sparks had proposed a digital strategy that mainly involved the world of hairdressing. On a dedicated site, hairdressing materials transformed themselves into objects for pleasure. What was the message? “We can play with pleasure, but not with AIDS”. This is one of the ways to communicate the entire population via a community

The Sidaction awarded with Chatons d’Or
Before more than 800 advertisers and creators of ideas assembled, the chatons has become since now the irrevocable prize in the French marketing universe. This year it was the campaign written by André Larroque for
Sidaction that won the prize Chatons d’Or for design and drafting. A very powerful and very keen campaign raising a point at the necessity to remember that the disease exists and that we must protect against it. The message? “Self-reassuring changes nothing”. We must protect ourselves and in the event of doubt to make a test.