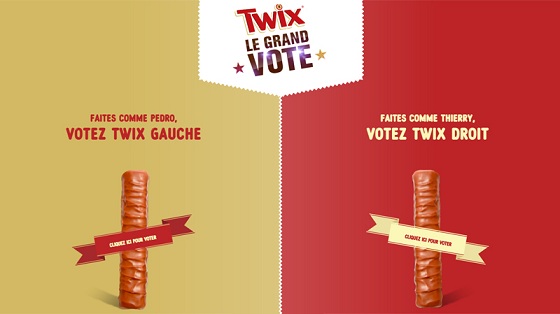 While #NuitDebout are in the street and the reactions to the El-Khomri law bring together the hundreds of thousands of demonstrators, France appears to be preparing for a very political “pretty Mai” and rediscovers the social tradition of Popular Front soon turning 80. Policy is in vogue, social networks find a “common core” of more dense information than ever and surely brands surf on the wave of policy‘s coming back…

The “Panama Papers” brand makes mark.
According to Strategies magazine, the Panama Papers will become a brand. The Berlin firm has made a request to the Ohmi (European INPI) when T-shirts in the name of the large global political and financial scandal in the beginning of the year 2016 were printed.

Mein Kamps deflected by Ogilvy
While Germany still lives a great historians dispute and the new edition of Mein Kampf published by the Munich Contemporary History Institute went for 35,000 copies in three months, after its falling into the public domain (and being accompanied by an apparatus with nearly 4,000 Notes), Ogilvy & Mather Berlin agency has turned this symbol (and also the political program) to a campaign being on the top of blogs. The “Mein Kampf gegen Rechts” is a real book the sales of which are associated with fight against injustice and that tells about 11 trajectories of people struggling against racism.

The left-right axis reused by Twix
In an ingenious and colorful campaign, at the very time when Emmanuel Macron launches a party called “neither right nor left”, Twix reminds us that even in 2016 it is the left-right axis that structures the voting – even the chocolate one. With two candidates, Pedro and Thierry who have nothing to do with proletarian and bourgeois, the CLMBBDO agency has planned multiple movies for a well-crossed campaign easily surfing on the new policy wave.