The En3mots review: the best of buzz this week of March 31 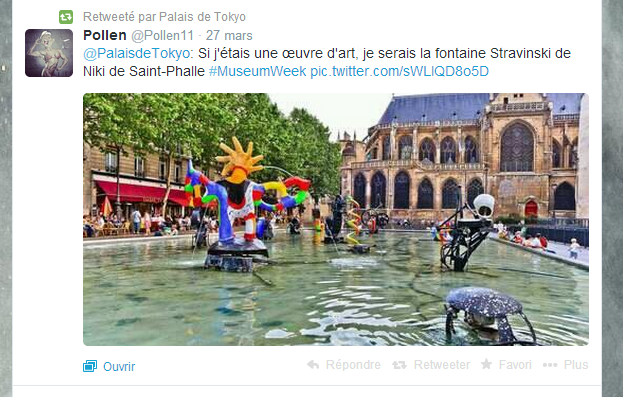 To celebrate the month of April and avoid crankery En3Mots decided to go around the issue of marketing culture. This allowed making a nice table of tendencies including some weak points.

# MuseumWeek: A com’ operation completely “tweeted” for museums in Europe
“Thank you for being so many to follow us and play the game of #MuseumWeek <https://twitter.com/search?q=%23MuseumWeek&src=hash> last week! “was twitting on Monday the Palais de Tokyo, after a perfect performance of masculinity that has lasted over a week; more than 260,000 tweets exchanged from March 24 to 30.

Involving 630 institutions, including major European museums, such as the City of Science (@citedessciences), the Louvre (@MuseeLouvre) or Museo Reina Sofía (@museoreinasofia), the related event was a new kind of convention, participatory to a large extend.

Museums offered some funny quizzes, eg Museum Orsay asked twittos to guess the titles of some works. As for the Georges Pompidou Centre, it made the bridge with the real by transforming the floor of the lobby into an exhibition of its tweets #MuseumWeek. The go back and forth between digital and physical public was assured and they expected the results in the ticket offices of museums. 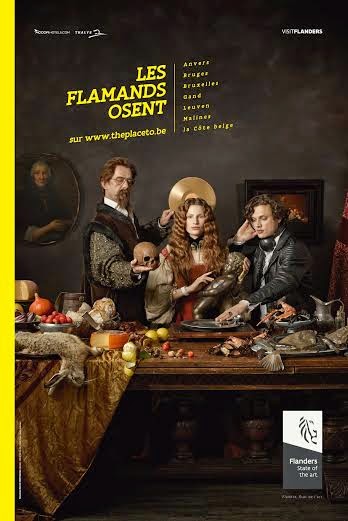 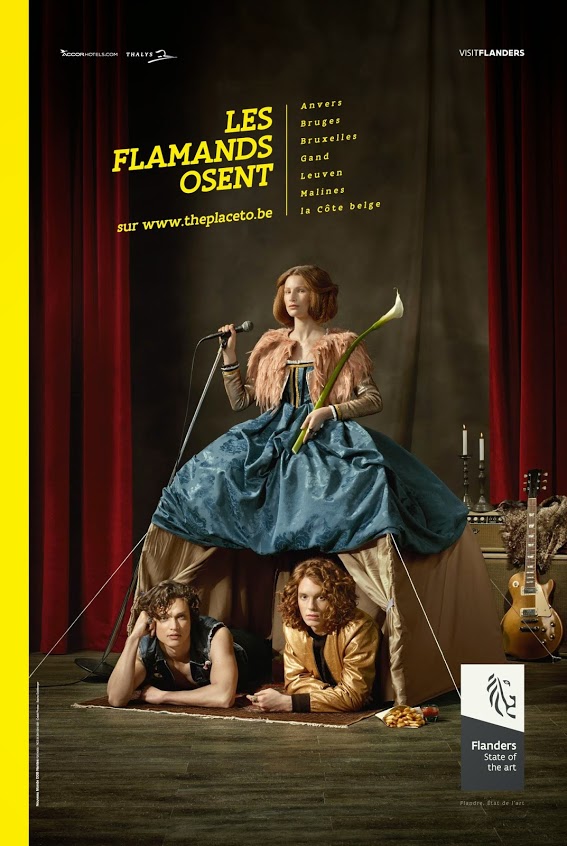 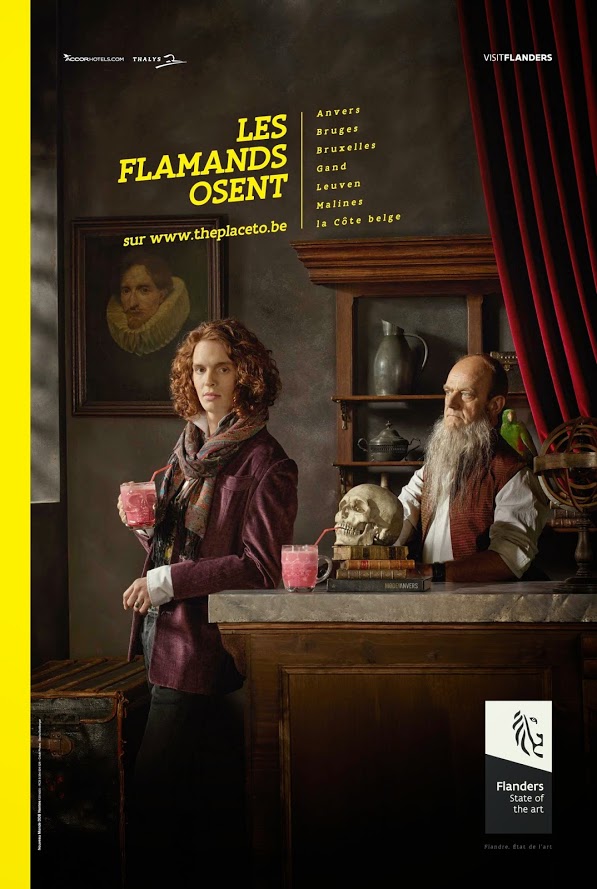 “Flemish dare!”: Belgian culture plays on the contrast of Old Masters and creativity of Flanders
After the very impressive poster campaign with Thalys last autumn, where travelers seemed to be the skyline of the cities of the line on their shoulders, the beauty pub comes again from North since 1st April. Combining tradition and modernity, the lights a la Vermeer and energetic yellow, the campaign “Flemish dare” forcefully remind us the richness of Flemish culture. Belgium this is the paintings of Bosch and Brueghel, but also contemporary choreographers Wim Vandekeybus, Anne-Teresa de Keersmaeker (in the program of City Theatre this month of April) and designers Dries van Noten (on the poster of Museum of Decorative or Ann Demeulemeester). This new campaign has rise in Flemish classic paintings transformed into sketches of contemporary photography. It is launched with 1350 posters in the Paris metro and is developed in digital version on the especially devoted site www.theplaceto.be, with a word game on “be” from Belgium. A cultural operation that is growing in strength.

Amy Winehouse, Paul Walker and Alfred Hitchcock become alive: When dead stars make the sale
After Paul Walker who becomes alive to play in Fast and Furious, 2PAC who comes back for singing in dematerialized form, it is Amy Winehouse’s turn to offer a world tour in hologram version. A buzz, macabre a bit and very “Back to black”, when we know that the singer died at the age of 27 did not have the time to do a “real” world tour. And an initiative that makes us reflect on the limits of retro. When Bavaria Radler beer highlights 2PAC, Elvis, Marilyn, John Lennon and Kurt Cobain “survivors” on an island on a deserted disco music, it is the bad taste at its peak to make Alain Delon as young muse of perfume “Eau sauvage” when he is alive and much older, or decide to wake Alfred Hitchcock to make the VRP of DS3 to play with cruelty on the strong sense of nostalgia. The marketing idea to make dead creators selling more than alive muses is still a bit frightening.